Council to coordinate market testing for the Apollo Bay Harbour 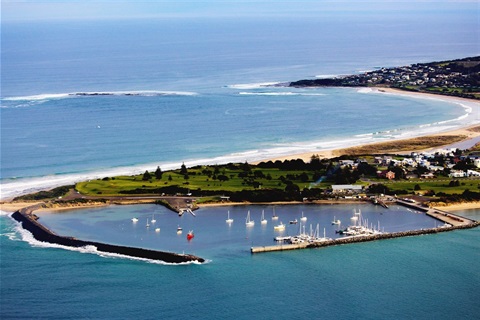 Colac Otway Shire Council will coordinate a market testing exercise for the Apollo Bay Harbour project to gain a better understanding of the private sector’s interest in investing in public and private infrastructure in the precinct.

A report to Council’s August meeting explained that market testing was an essential first step because it would help determine whether the current planning controls support the delivery of the community’s vision for the future of the precinct.

The Apollo Bay community outlined its vision for the redevelopment of the harbour precinct in the Apollo Bay Harbour Masterplan, which was then translated into planning scheme amendment C73.

Within these documents, the community has indicated that it wants a special use zone for the harbour precinct, a publicly accessible aquatic and wellbeing centre, no accommodation or hotels, and public infrastructure such as boardwalks, improvements to car parks, public toilets and interpretive signs.

Mayor Frank Buchanan said the market testing exercise would allow the private sector to outline what might be achievable in the precinct within the current planning scheme controls.

“We know that the level of public infrastructure the community wants at the harbour, which includes an indoor 25 metre pool, cannot be realised unless we’re able to develop some public-private partnerships to fund it,” Cr Buchanan said.

“The market testing will provide us an understanding of the likelihood of private investment occurring in light of the commercial considerations and expected returns they would need to make to justify making an investment in the area.

“This market testing approach has the support of the Project Control Group working on this project, and this group includes six Apollo Bay residents as well as representatives from relevant State Government agencies.”

Under the resolution adopted by Council, the market testing exercise will cost no more than $50,000 and will be funded with money set aside in the 2016-17 budget for Apollo Bay Harbour precinct project. The Project Control Group has helped shape the aims and objectives of the consultant brief for the market testing and will continue to be involved in the process.

The results of the market testing exercise will help determine the next step of the process, which Cr Buchanan said could include development of a business case.

“A business case will be required by the State Government if the project is to then progress to an Expression of Interest process, which involves prospective investors making more detailed proposals about their plans for the harbour precinct,” Cr Buchanan said.